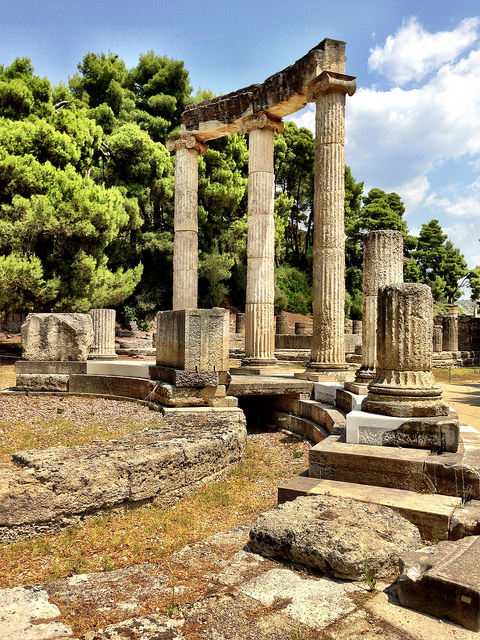 Europe’s got a fantastic history, but it isn’t always easy to get to grips with different elements of its past while you’re on holiday. After all, not everything happened in a single destination! For me, the best kind of break for any history lover is one that takes you to lots of different places – like a cruise.

While you can, of course, head to a number of destinations independently or on an organised tour, a cruise is by far the most relaxing, luxurious option. So, if you want to immerse yourself in the past without losing the relaxing element of your trip by making lots of complicated travel connections, it’s definitely the way to go.

Look on websites like Cruise.co.uk and you should be able to find plenty of itineraries that stop in historical cities such as Rome, Olympia and Athens – and I’ll take a look at their historical highlights below.

What to see in… Rome

Rome is one of Europe’s most exciting historical cities, sprinkled as it is with the vestiges of the Roman Empire. Perhaps the crowning glory of the place is the Colosseum, which was the largest amphitheatre in the Roman Empire. Dating back around 2,000 years, the Colosseum used to host animal hunts and gladiatorial shows, entertaining audiences of between 50,000 and 80,000 spectators.

Another highlight are the Catacombs of St Callixtus, which are one of the city’s most important historical sites. These old burial chambers acted as much more than tombs – and today are filled with fantastic frescoes and sculptures. During their lifetime, the catacombs have been popular pilgrimage destinations, as well as shrines to martyrs.

What to see in… Olympia

If your cruise gives you the chance to visit Olympia, take it, because this place is an absolute must-see. Located in Greece, the village of Olympia is just a stone’s throw from Ancient Olympia – the place where the story of the Olympic Games we all know so well today began.

What’s remarkable about Ancient Olympia is that so many of the historical structures, like the original stadium, are still standing. What’s more, there’s a lot you can see within the stadium itself – for example, if you look carefully you can make out the start and finish lines of the 120 m sprint track, while things like the judges’ seats have also survived.

And don’t worry about not understanding what you’re looking at – the signage here is really good, with helpful drawings to show you how the place would once have looked, as well as plenty of information in English.

What to see in… Athens

Staying in Greece for our next destination, Athens is another unmissable historical city – and, of course, is one of the most famous in the world. The Acropolis, for which the city is best-known, stands on a large rocky area right in the heart of Athens, with the modern city sprawling all around it. What’s nice about this is that it gives you an idea of just how important this heritage is to the city.

The Acropolis is where you’ll find a host of famous ancient buildings, including the Parthenon and the Temple of Athena Nike, both of which date back to the 5th century BC. As well as visiting the buildings themselves, make sure you pop into the Acropolis Museum. This houses the artifacts found at the Acropolis site, and includes spectacular statues.