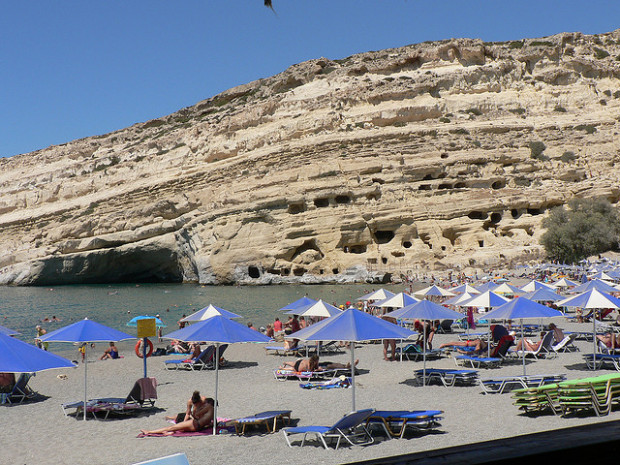 Who doesn’t dream of jetting off somewhere sun-drenched and sprinkled with beautiful beaches? But the truth is that our budgets seemed to be stretched further and further, leaving little room for holidays. That said, I think there’s still scope to go away and enjoy yourself, provided you pick a destination that’s known for being budget-friendly.

To help give you a little inspiration for your holiday planning, I’ve put together a list of three destinations that are reliable both in terms of sunshine and being kind to your wallet. If none of these tickle your fancy, you can check out a wider range of options (also budget-friendly) through companies like Holiday Nights.

Topping my list is Benidorm, which is probably one of the best-known budget beach destinations. Sitting on Spain’s Costa Blanca, it has pretty much everything the average UK holidaymaker could want – a healthy dose of Spanish sunshine, great beaches, plenty of nightlife and a few favourites from home.

You see, part of Benidorm’s longstanding appeal is that it’s a bit like finding a slice of England in the Spanish sunshine, what with its pubs and classic fish and chip shops. So, in my opinion, Benidorm is the ultimate place to come to if you fancy having that classic seaside holiday.

Its nightlife has a little bit of everything, including karaoke, live music and cabaret, not to mention lots of nightclubs, while there are some lovely local attractions. For instance, just off the coast is Peacock Island, which you can visit for some gorgeous coastal views.

Crete is a brilliant budget beach destination if you fancy having a little more variety in terms of what you do. This Greek island is really popular among walkers, while there are lots of amazing historical sites here too.

Let’s take a quick look at the beaches first, though. One of the best is Vai in Itanos, which is utterly idyllic. It’s also unique, being backed by Europe’s largest natural palm grove. Another good option is Preveli Beach, which is one of the best-loved stretches of sand on the island.

In term of other attractions, make sure you take the time to visit Knossos, which dates back to the Minoan civilisation. It should take you a good few hours to explore, so leave plenty of time for your trip – heading there in the morning is usually best, because it can get crowded later in the day.

Last up is another of the Greek islands, Corfu. Despite being Greek, this destination has quite a European feel – something that’s largely down to the fact that it’s been occupied by the French, Venetians and British over the years. So, expect to see some European-style buildings and things like cricket being played.

Agios Georgian Pagos is one of the most popular beaches here. Spanning 2 km, it’s a popular windsurfing spot, while there are also calmer sections of water perfect for swimming. You’ll find it in the north-west of the island. Over on the west coast, meanwhile, is the spectacular Myrtiotissa, which is often said to be one of the prettiest beaches in the world – and it’s also among the island’s top nudist beaches.

If you fancy learning more about the island’s heritage, meanwhile, head to Corfu Town. The streets in the old quarter date back to the 14th century.

How Traveling has Changed in The Past 10 Years
Driving from Andratx to Valldemossa
What to do in 24 hours in Valencia, Spain
Posted in Budget Travel, Greece, Spain and tagged with Beaches, Benidorm, cheap hotels, Corfu, Crete, Europe, Greece, Spain. RSS 2.0 feed.

One Response to Bargain sun and sand destinations