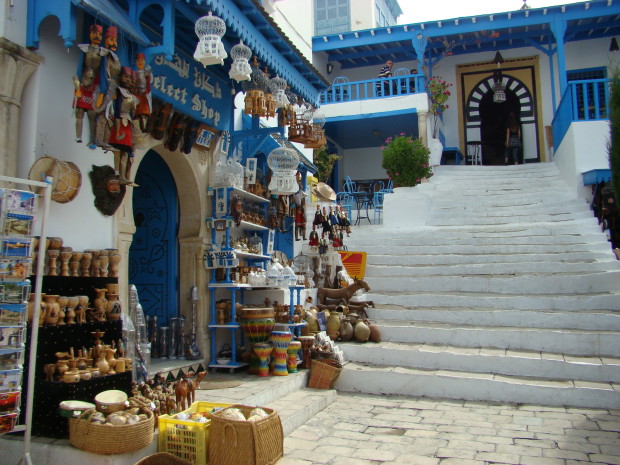 Historic sites and natural landscapes make up the top tourist attractions in Tunisia. Tunisia is a country in North Africa with a Mediterranean coastline.

Situated south of Malta and Italy, two of the most popular European destinations, it has an identity of its own as a tourist hub. If you’re planning a trip to Tunisia, check out the following list for a preview of its best attractions.

It has a fine collection of Roman mosaics collected throughout the country. Bronze and marble sculptures from the 2nd and 3rd century are also on display. The museum has Islamic and paleo-Christian sections for their respective artifacts.

Tunisia offers a choice location on the southern portion of the Mediterranean and offers beautiful white sand beaches with crystalline waters. Tunisia has a lot of nice coastline with plenty of great beach towns.

A good option is to find cheap flights to Enfidha and then either take the train or rent a car and explore the area. Enfidha is only 100 km from Tunis and 45 km from Sousse.

It is a picturesque village with whitewashed structures and a variety of intricate architecture. Writers and artists will be easily drawn to its charm.

There are plenty of artsy souvenir shops in Sidi Bou Said. It’s a wonderful place to get lost in for a few hours.

The extensive Roman site is one of the top tourist attractions in Tunisia. It is a fine example of ancient Roman architecture in North Africa, and as such, is not to be missed!

The old Arab walled town of Tunis is a melting pot of history and culture. Fine Arab-style buildings can be seen throughout the medina but there’s nothing quite like Zitouna Mosque with its square minaret and byzantine columns.

The Dar Hussein Museum of Islamic Art and the 18th century Torbet el Bey are two more interesting places in Tunis Medina. The souqs provide a taste of the Arab culture as they sell locally made goods such as gold, carpets, leather, perfumes, and household materials.

It is an ancient Roman amphitheater that is surprisingly in better shape than the more popular Coliseum of Rome. El Djem is three stories high and could accommodate up to 30,000 viewers. Underneath the site are some tunnels and dungeons where gladiators, criminals, and wild animals were placed before being sent out to the arena.

Within the area is a museum with a collection of Roman mosaics that comes second to the Bardo Museum. Surely, El Djem is one of the top tourist attractions in Tunisia.

Birmingham’s Popularity is On the Rise: Check Out the 5 Reasons Why
Travel Destinations in Thailand – Hua-Hin
Top Three Benefits To Offshore Banking
Be Sociable, Share!