The state of Florida in the USA is renowned for its theme parks, and there’s a wealth of entertainment on offer, both within and out with the theme parks, in the month of October. If you’ve decided to take out a car hire with Avis then Florida has a lot to offer, both in terms of the specific theme park events, and those in other venues. Many of October’s events are concentrated in and around Orlando, and will be within easy driving distance of the city centre.

Walt Disney World hosts perhaps one of the longest-lasting Halloween parties of all, with ‘Mickey’s Not-So-Scary Halloween Party’ running from September 10th through to November 1st. Billed as being suitable for all ages, the attractions on offer include parades, fireworks shows, and trick-or-treat events all around the park. Running over roughly the same time frame, Universal Orlando Resort present their ‘Halloween Horror Nights 23’, which promises a maze of haunted houses, live shows and scare zones. Many other theme parks are offering Halloween-themed parties and attractions, including ‘Brick-or-Treat’ at Legoland, ‘Howl-O-Scream’ at Busch Gardens, and Seaworld’s ‘Halloween Spooktacular’.

In a less scary vein, and still early in the month, Sarah Brightman’s Dreamchaser World Tour arrives at the Amway Center on the 8th, in a concert rescheduled from earlier in the year. Brightman is the only artist to have topped the Billboard Dance and Classical Music charts simultaneously, and was the first to have been invited to perform theme songs for the Olympic Games on two separate occasions. With global sales exceeding 30 million units, Brightman has received more than 180 gold and platinum awards, making her possibly the world’s biggest-selling soprano of all time. ‘Dreamchaser’ is her 11th studio album.

Over a period of three days from October 4th, the Orange County Convention Center hosts the Orlando Home Show, a home improvement extravaganza featuring daily ‘how to’ presentations, and special appearances by DIY and cookery stars from many popular TV shows. The promoters promise fun and inspiration across the whole of the show floor, whether visitors are looking for assistance with specific home projects, or are just looking for an entertaining day out. The show operates free admission for teachers and other education employees on Friday 4th, designated as ‘Educator’s Day’.

Ripley’s second annual Oddtoberfest takes place on the 12th of the month, at Ripley’s Orlando Odditorium, on International Drive. The event features live music, food trucks, carnival games and other children’s activities, along with presentations and demonstrations, including karate skills, trick roping and other less conventional activities. 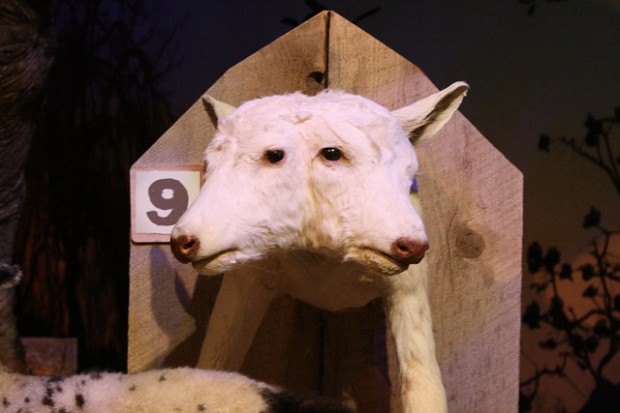 Finally, and to round off the month, the Amway Center hosts a special Halloween concert with Nine Inch Nails and Gary Numan. Nine Inch Nails are touring in support of their new album, their first in five years, and appropriately enough for a Halloween performance, their single released from the album is titled “Come Back Haunted”. This concert marks a radical departure from the previous evening’s fare at Amway, a concert from popular vocal crooner, Michael Buble.