If you’ve been reading this site for the past few months, you’ve seen I was just in Asia and doing a lot of exploring on tiny motorcycles. It was the cheapest, most liberating way to get around, and I had a blast doing it – until I shit the bed and crashed in Pai, Thailand. It didn’t deter me too much, and after about a week healing up, I was back riding under-powered, two wheeled vehicles screaming around the countryside with not  a care in the world.

After my fateful return to the stars and stripes, I just couldn’t shake the idea of how cool it would be to ride a REAL motorcycle here in Miami with the almost ever-present sunshine, flat roads, and beautiful coastal views. So to really solidify my quarter-life crisis (got two tattoos on my arms last month as well), I signed up for the motorcycle endorsement class (required by Florida) and was sitting in a dingy-ass class room in the hood of Miami Gardens at 8 am that same Saturday. My class was full of rag tag miscreants like myself, you know real scum of the earth, a young Jewish lawyer, Brazilian kid who owns multiple gas stations and a professional Serbian basketball player.

Our teacher? a haggard, ultra-conservative Vietnam Vet who ran the class like boot camp. The Serbian guy actually almost got in it with him on multiple occasions. The teacher even had a 20 year old Filipino son that he bossed around worse than anyone I’ve ever seen, I gave the poor kid 10 bucks after the class because I felt so bad for him!

Anyways, after two days of learning how to actually use a real clutch and get the hang of  a motorcycle bigger than the one from Dumb and Dumber, I was ready for the road, well not really, but I felt much more comfortable getting started.

I headed to the DMV, got a new license saying I was in fact legal to ride one, and then set out to find a hogwife to call my own. I started on Craig’s List and saw a couple I liked, but I thought it be best to buy one from a shop so I could hold them accountable if things broke, which of course, they did.

I found one store posting a ton on Craig’s List and I saw it was located on Calle Ocho in the Little Havana neighborhood of Miami, basically Cuba 130 miles north. I showed up and they had a bunch of bikes, a lot in shit condition, but they had multiple of what I was looking for, mid-sized cruisers. I kicked around for a bit until one bike whispered my name. 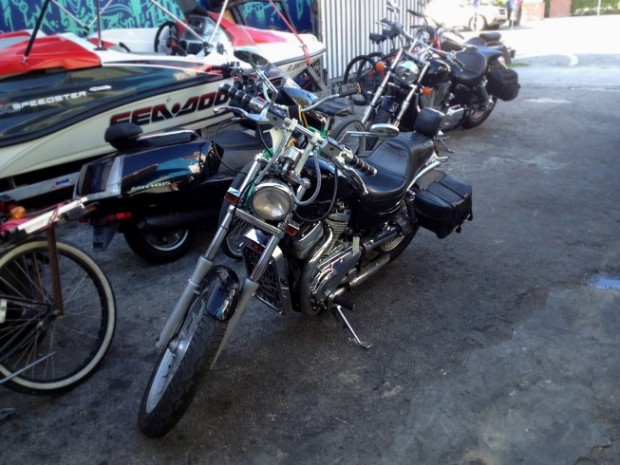 It was all black with a slim profile tank and a chromed out engine. It was pretty bare bones too with nothing but a speedometer. It reminded me of Mel Gibson in Road Warrior or Norman Reedus in The Walking Dead. 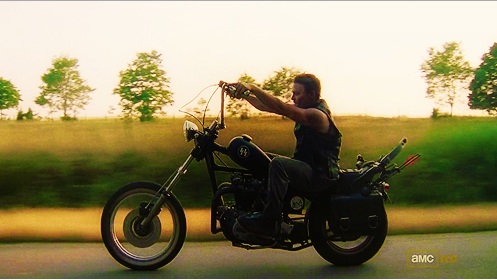 Anyways, me not knowing anything about bikes and going off of looks, much like my women, I just took the asking price of $2,000 which I thought was fair for the 750 cc Suzuki, even though it was older than me (it’s an 86′). To put the engine size in perspective, 750 cc is basically an average to small size engine in america for a normal bike, the ones I was putzing around on in Asia were 125 cc!

The bike needed a little work in which the shop said they would do, so I left and came back a week later, and when I started it up and attempted to make it home, I only made it a few blocks before the bike died on me. Yea, I stalled out a few times getting used to the clutch as I was novice as hell, but there was something wrong with it too. I thought for a second well, I have a truck but I don’t have those folding aluminum ramps to load motorcycles or bikes in it. So I called the dude and thankfully he came, checked it out, and told me to push it back, FML. To make a long story short, I brought it back to the shop over 5 times over the next month with one thing after another. It was a complete lemon! Thankfully, they were cool and were fixing it for free, but I spent countless hours there as the only work that seemed to happen was when I was around. They taught me about the bike, we drank midday beers and hissed at mamacitas that floated by on the sidewalk, you know Latin mechanic shit that was an experience all in its own. Things seem to be straight now and I’ve been terrorizing the neighborhood ever since! 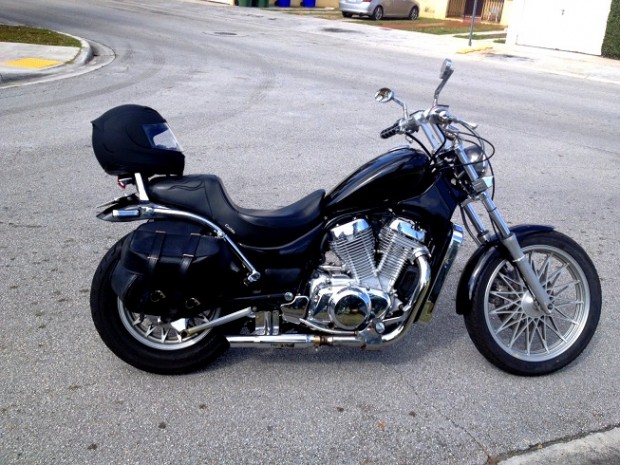 I really love riding and never understood why people were so into bikes, but now I get it. Something about straddling raw power just gives you a real rush. Being in complete control of every operation is something you don’t get to enjoy in cars today, even if you think you are. Motorcycles are true mechanical machines, and while mine kept breaking in the beginning,  I gained an appreciation for learning how the motor really works, without the interference of a CPU.

I keep having this idea pop into my head of driving all over the country this summer when it gets warmer, straight gringo motorcycle diaries style! That, or I’ll just have to join a Latino biker gang here in Miami, either or works for me, dale!

3 Top Places to Stay in California's Garden Grove
The best attractions in Chicago to experience on your next holiday
Exciting attractions at Walt Disney World that you can't afford to miss
Be Sociable, Share!