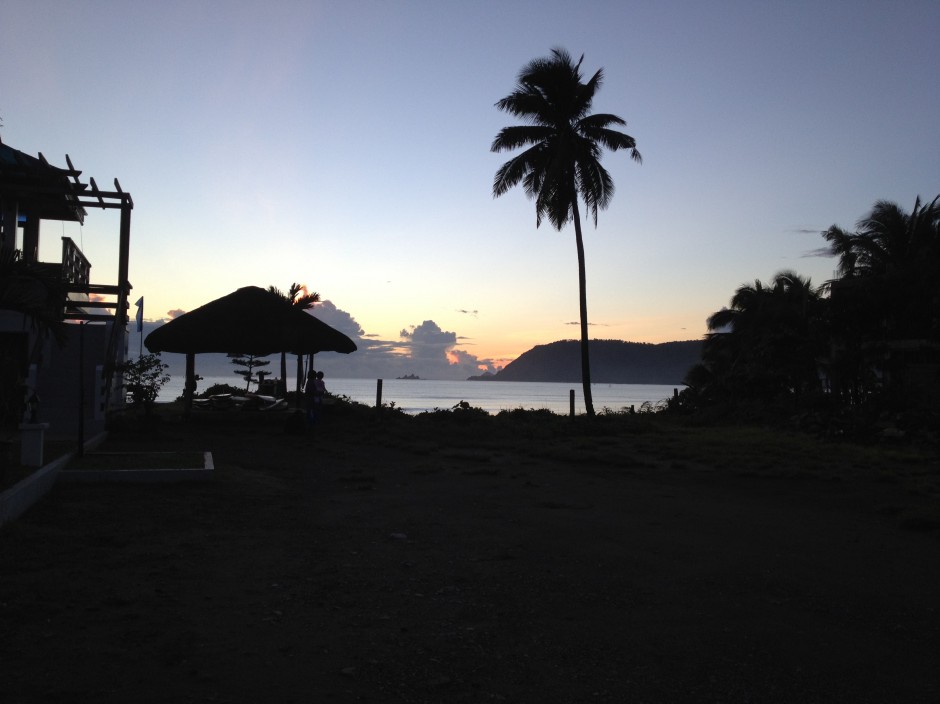 I’ll start out by saying that I am about as amateur a surfer as they come. I’ve only been a few times in my life, and until recently, have only been able to get up a few times and actually ride a wave from start to finish. My first experience surfing was spent on a remote coast of Guatemala with ruthless rip currents and 5 foot waves (that’s measured from the top of the water’s surface!), so basically, I got myself torn a new one.

Determined that I’d try again after my rather jarring first surfing experience, I planned to hopefully do a bit more on my two month trip to Asia, and my first opportunity came sooner than I would have predicted.

I was hanging in Manila when a couch surfer, Adi, sent me a message and said she’d be heading to Baler Beach over the weekend and I was more than welcome to Tagalog (get it?) I did a little research and it looked awesome! So a couple days later, we boarded a 5 hour bus that left at 12:30 PM from Manila and arrived in Baler about 5:30 AM the following day.

The ride was ruthless. We opted for the premium bus option which had Wi-Fi believe it or not, bigger seats and an attendant. I thought I was in for a smooth ride, but the roads were horrendous once you got out of the metro area and consisted of 90 degree mountain road switchbacks and unless the bus turned into a hovercraft halfway through the journey, I wasn’t going to sleep for shit, and I didn’t.

We arrived at the small coastal town of Baler in the Aurora region just when the sun was coming up. Adi’s brother picked us up as he is living there. The family  is building a small surf resort  and he’s overseeing the project.

Her brother dropped me off at the Aliyah Surf Camp which wasn’t the cheapest option for accommodation, but it had a chill vibe, rooms with ac (or aircon as the funny Filipinos refer to it), hot showers, a bar and direct beach access for about $45/night (breakfast included). They also had a surf instructor who actually became my personal assistant for the weekend as I basically paid him to do everything for me including taking me into town on his trike on numerous occasions, a tour to a massive tree we climbed, a waterfall and of course, surf lessons. 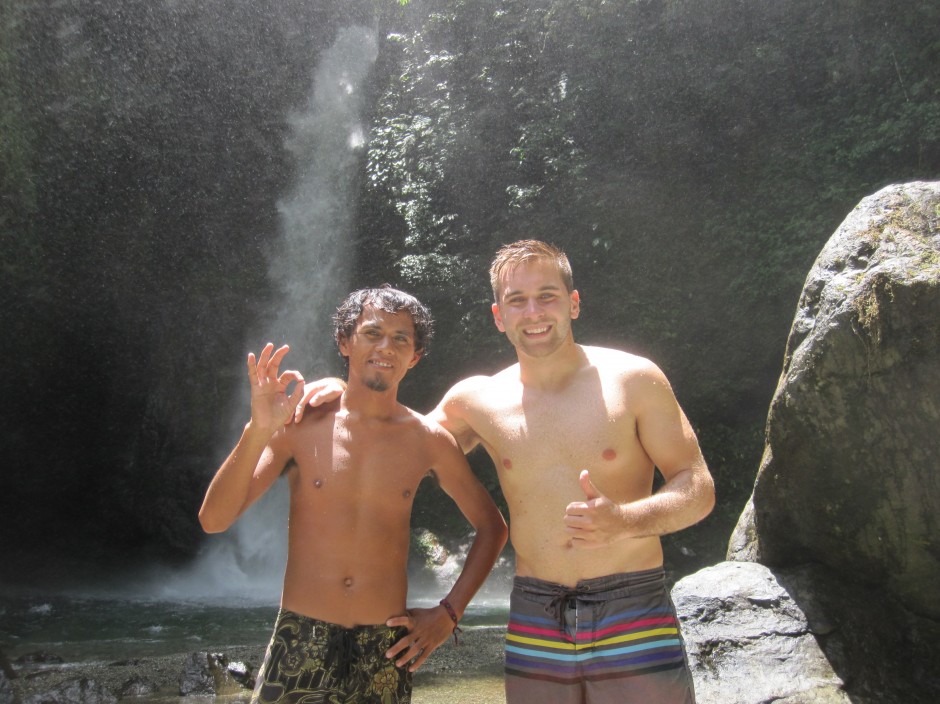 The history of surfing in Baler is actually pretty interesting. The movie, Apocalypse Now, which was filmed in 1979 and about the Vietnam War was actually filmed there. Surfing is actually a pretty big part of the movie and the Baler locals who watched the whole thing being filmed became enthralled with the sport and made it their own.

After the production crew packed all their gear up, they left the two surfboards used for the short scene on the beach. Some inquisitive locals found them and began playing around. 30 years later, Baler has become one of the best surf destinations in The Philippines, and there is a cool little local surf community that hits the waves any chance they get that began from the couple guys who found the original boards.

The views from the beach are stunning and the water is the perfect temperature. It was a great place to really have the chance to learn how to surf the right way with manageable sized waves, and as you can see, I actually got up a few times! 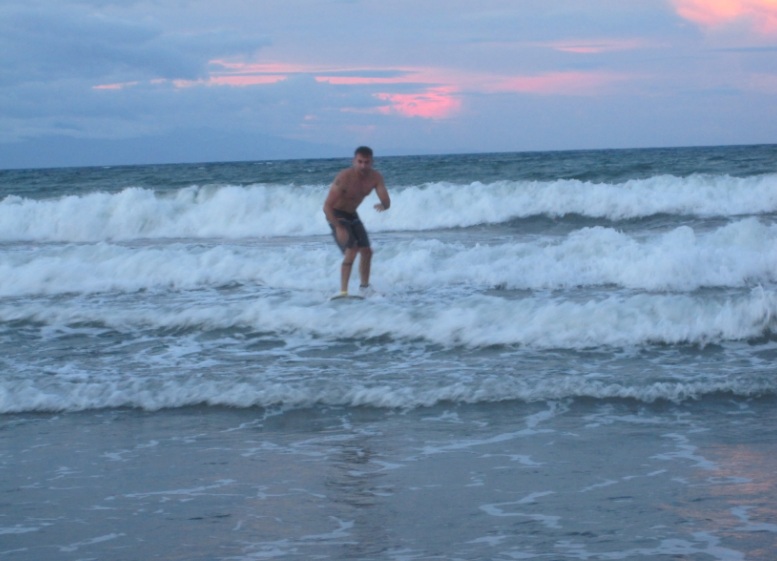 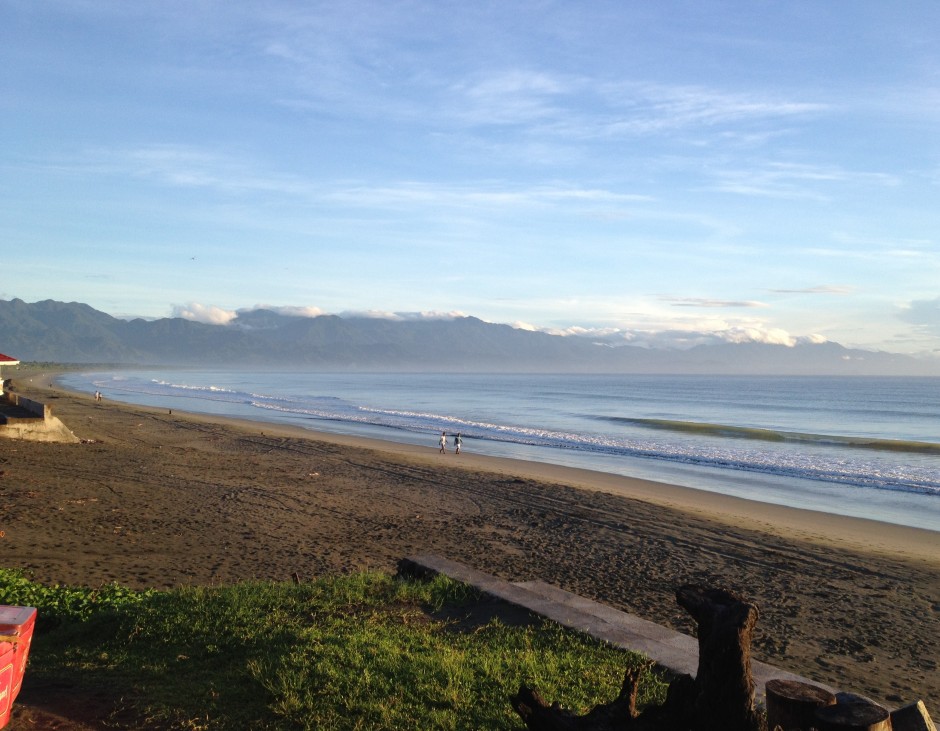 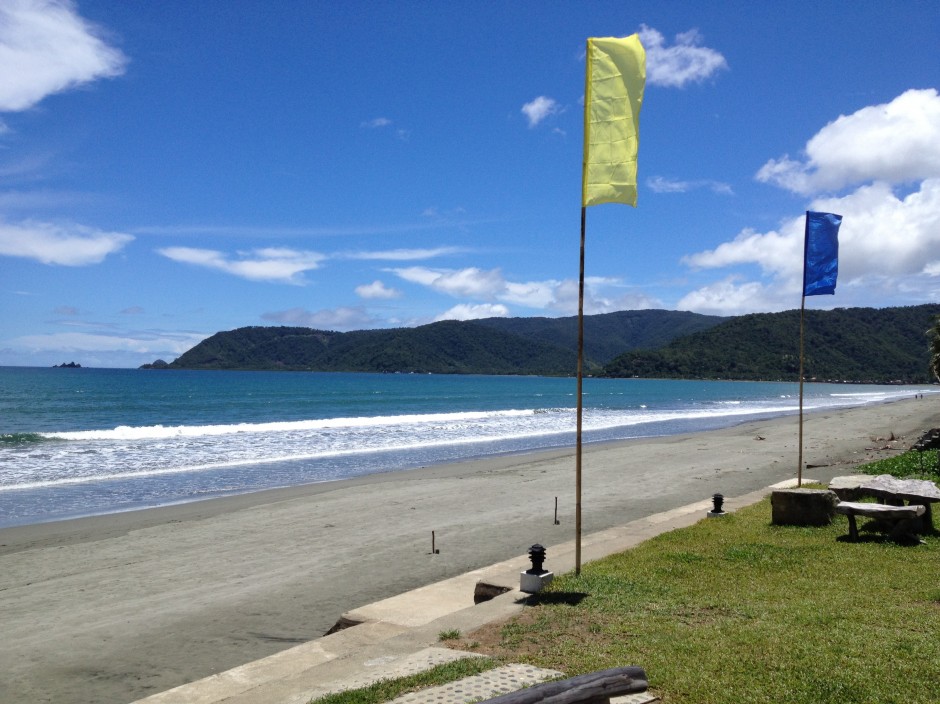