It would be advantageous for one to know the best time to visit Guam in order to have a decent holiday in this part of the world. It is interesting to take note that this country is related to Philippines in two ways. Geography-wise, they share a very close proximity though they are both from a completely different world demarcation (Philippines in Southeast Asia while Guam in Micronesia). Another common denominator that both these countries share is history. They were both ruled by the Spaniards and Americans. Guam is a fairly decent tourist destination for those seeking to enjoy a tropical island holiday. But one can always have a distinct advantage when he or she understands the value of the calendar. Dates serve two purposes: it tells the season variation as well as the important events in the country. These factors highly affect one’s vacation experience in this distant unincorporated US territory. 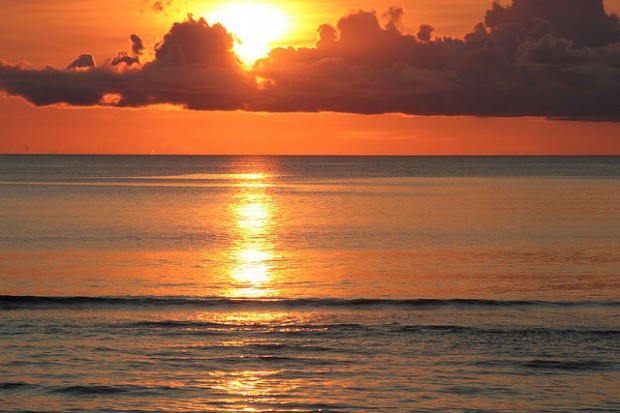 The months between December and June are considered the best time to visit Guam because this month bracket has a more pleasant climate than the rest of the year. The months from December to June comprised of the dry season. The considerable drop in temperature occurs especially around the January and February. Average temperatures during these months could drop to an average of 24 degrees Celsius, although the lowest recorded estimate reaches 21 degrees. People usually prefer this time of the year because of the absence of heavy rain.

Wet season occurs from July to November and for some reason many tourists do not consider this period as the best time to visit Guam. Not only are these months known for its heavy rainfall, there is a higher possibility of typhoons passing around this time of the year. Guam is practically located at the region that meteorologists call the typhoon alley. Some of these tropical storms even ravage Philippines. When it does not rain, people will generally put up with the sweltering heat. High humidity is generally a major repellent of tourists. However, one can also take advantage of budget friendly offers and easy access to accommodations during the off tourist seasons.

Since Guam is practically an unincorporated United States territory, this island nation also shares with its host country’s important events. The Fourth of July has always been one of the most favorite holidays for American citizens. The American Independence Day commemorates the nation’s declaration of independence from British rule during the year 1776. It is easy to choose this day as a crucial time to have a vacation in Guam since this country can definitely relate with the American tourists. The Star Spangled Banner is also sung during this day in this distant part of the world.

It is interesting to take note that despite the obvious “anatopism”, Columbus Day is being celebrated in this part of the world. Every October 8, locals celebrate the day Christopher Columbus discovered the Americas.