When people think of Utah, a couple of things usually spring to mind – deserts, slickrock, and Salt Lake City.  Thanks to an increasingly popular and charged tourism industry, many parts of Utah are experiencing a revitalization as people are beginning to realize that there’s a lot to explore.  For outdoor enthusiasts, whether you’re an amateur or tested veteran, the small town of Moab has become a virtual Mecca for rock climbers, mountain bikers, and hikers. 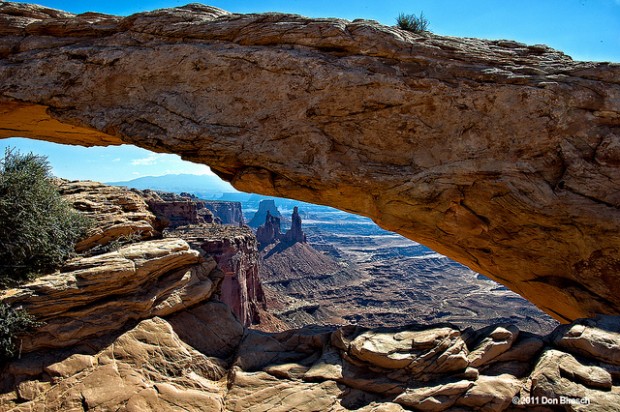 The nearby Canyon Lands National Park and Arches National Park are probably the most famous landmarks, and draws thousands of tourists and locals alike each year eager to explore their vast plateaus of slickrock – a smooth form of standstone – that stretch for hundreds of miles in every direction, and have created some of the most stunning and intricate systems of caves and narrow corridors in the world.  Centuries of wind and erosion have bored huge monolithic arches out of solid sandstone and carved out deep valleys that offer challenging and spectacular challenges for rock climbers.  But be careful where you step!  Cryptobiotic soil covers the majority of these parks, and is literally a living ground that is very fragile and essential to the ecosystem.

Moab, with a population of just over 5000, has the quaint charm of a small town, and it’s not uncommon to walk down the main drag in search of a restaurant and see people greeting each other left and right.  There’s a very liberal sensitivity, which is spawned out of the outdoor culture – bikers and climbers and kayakers seem to comprise all the smiling faces, and whether you’re familiar with the locals or just passing through, there is a warmness to Moab that you aren’t likely to find in some of the more urban metropolises to the north. 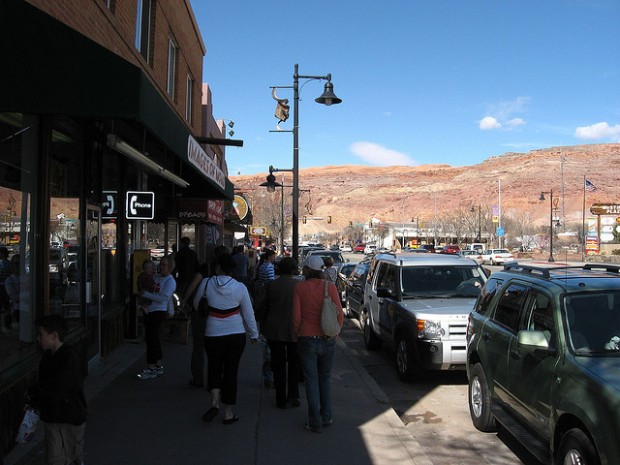 This doesn’t mean Moab doesn’t have its share of amenities – it has some of the cleanest and most respectable accommodations, and because of its “small town” feel it’s not uncommon to become friends with the owners.  They might even invite you out for dinner.

Nearby the Ute Mountain Casino and Hotel is the lap of luxury, offering quality gambling services including a fully stocked selection of slots and all the table games you’d expect, from Poker (the Three Card variety is a house favourite) to Blackjack.  The Blackjack tables have become quite popular at this Indian owned and operated casino, and between the tables and slots there are thousands of dollars to be won – Ute Mountain has quickly become recognized as one of the premium casinos in the region.

As a hotel they also adhere to only the highest standards of cleanliness and hospitality, with Anasasi themed motifs in every room, which really speak to the ancient and mysterious cultures of the region.  The Anasasi, best known for the extensive villages of brick towers they left behind carved into the side of solid cliffs, are a curiosity to ethnographers since it appears that something caused their civilization to collapse very quickly and dramatically – the few traces of their culture left behind seem to echo like old ghosts, and the isolation of the red desert and barren cliff faces is something that continues to inspire and electrify the imagination.

This was a guest post from Simon, a content specialist and writer who is addicted to being on the front page of anything (modesty is for ghost writers!).  A graduate of Dalhousie University, he specializes in using the em dash too often. Currently, Simon  resides in beautiful Vancouver, Canada. You can see some of his recent writing on gaming here.
.