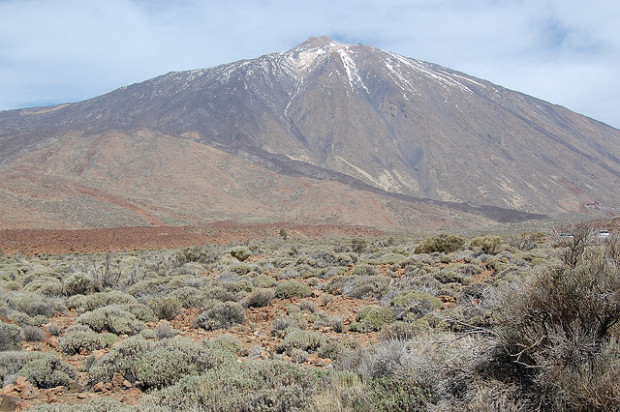 Formed by volcanic activity over millions of years in the past, the Canary Islands hotspot has terraformed Tenerife in the most spectacular fashion possible, making it a choice destination for people from all over the globe.

While most choose to recline on its many spectacular beaches, admiring the towering volcanoes from the comfort of their sun lounger, some people just need to keep their feet in motion.

The hills and mountains of the island’s interior, the unbelievable coastal vistas, and the historical towns in between beckon to your wanderlusting spirit, making it impossible to sit still, unlike the masses stuck getting lobster red on the beaches.

All the more power to them, but with the help of Web Tenerife and this article, you will raring to get out into all the nature that Tenerife has to offer you.  To get you started, here are a few of the best places to hike on Tenerife.

Those looking to get in touch with the surreal volcanic landscape that forms the bones of this island should head up to Montana Blanca, where pockets of life amongst the mostly sterile soil make this trek worthwhile.  The track slowly zig zags its way up the mountain.  Note the presence of big boulders along the way, which are rocks that have been shot out of the caldera during volcanic eruptions over the years.  In the winter, snow can fall, so be sure to come ready with warm clothing and mind your step during this breathtaking trek.

If your hotel/guesthouse is situated in the Playas De Las Americas area, chances are you’ve glanced up at this table-top shaped mountain, and have wondered what the view from top looked like.  By trekking up Roque del Conde, you’ll soon find out. In fact, so pervasive are the views from the this mountain, that you’ll be able to see the entire island from its apex. Due to the superiority of this vista, much of the trail up the slope is paved with cobblestones, making this walk accessible to novices despite the heights achieved.  Views of ruins, the surf rolling into beaches below, and oddly enough, terraced farmer fields at the top will make every bit of effort put into this hike worth the trouble!

Those not into mountain climbing, but looking for an active jaunt by rugged coast will want to make the journey from Los Crisitanos to Las Galletas. Starting off by skirting the side of Montana Guaza, those whose like ocean views combined with heights will be delighted. The highlights also include man-made highlights, as you will also stroll by turrets and come upon villages like Palm Mar, where long term expat development merges with local residents in a harmonious fashion.

Tenerife Is A Hiker’s Paradise

With a combination of glorious beaches, rugged coast and soaring mountains, hikers will feel at home on Tenerife.  With the option to soak up the sun on certain days, and work up a sweat in pursuit of the view on others, this sort of variety will add value to your vacation in a way few places can.

Five Most Underrated Attractions In Europe
Driving from Andratx to Valldemossa
Tenerife: Holiday in the Shadow of a Volcano
Posted in Spain and tagged with Canary Islands, Hiking, Spain, Tenerife, Trekking, Walking. RSS 2.0 feed.