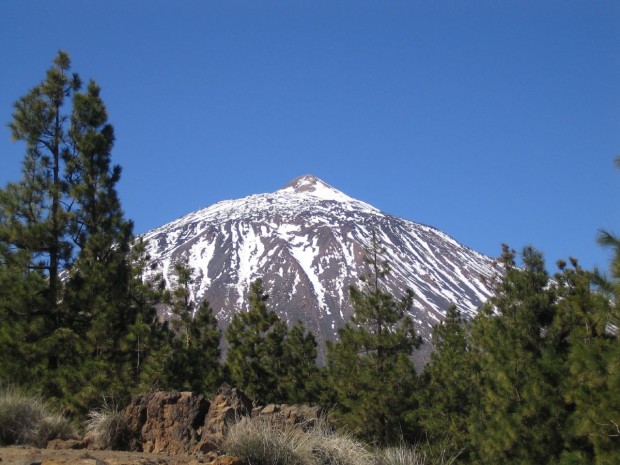 Tenerife holidays are dominated by one thing, and it’s not the sun, sea or the sand. While these are all important elements of a Canary Island getaway, it’s the majestic Mount Teide that looks down on every visitor to this sunsoaked destination.

Thankfully for tourists and locals alike, this 12,000ft high shield volcano – Spain’s highest mountain – last erupted in 1909, but the evidence of its previous activity lies all around the island and it’s inevitable that you’ll come into contact with volcanic matter at some point during your holiday. If you’d like to book a holiday, this website has everything you need.

Tenerife might be famed for its golden sandy beaches, but many of these were artificially made using sand imported from Africa. The most natural beaches on the island are the ones coloured black, which contain tiny fragments of lava from Mount Teide. Such beaches formed when red hot lava flows from Teide cooled rapidly upon meeting with sea water – shattering the lava into fine grains.

One of the best on the island is the resort of Playa de la Arena on the west coast, and there are also attractive black sand beaches at Playa Socorro in the north and the remote Roque Bermejo, a tiny fishing village reachable only by foot or by boat, among others.

If you tire of sunbathing, you can always take the opportunity to explore Europe’s biggest lava tube. Cueva del Viento-Sobrado (the Cave of the Winds), in the north-west of the island, features 17km of underground tunnels that were hollowed out by magma flowing beneath the surface of the island.

Now the flows have stopped, visitors can walk inside the earth through these atmospheric lava tubes.

Teide is also responsible for many of the fabulous plants you’ll see during your visit, which have thrived off the nutrient and mineral rich soil created by lava flows. As a result of the unique conditions present on the island, as well as its isolated position in the middle of the ocean, many of Teide’s plants are endemic to Tenerife, such as the Teide white broom, a type of bush with white flowers.

Of course, all those minerals aren’t just good for plants. There are numerous spas dotted across Tenerife offering volcanic treatments so you can enjoy the benefits of Teide’s molten material.

One of the most popular activities for holidaymakers is to take the trip to the very summit of Teide itself to enjoy the finest view in the Canaries. From the peak, you get a tremendous 360-degree panorama of the entire island, the ocean surrounding it and beyond to the other islands.

There are many ways to reach the top, depending on your preference. You can drive to the car park and take a cable car up the last 1,200m to the upper station; you can apply for a permit and climb to the very summit (the last 200m are restricted); or you can set yourself a real challenge and cycle all the way from sea level to almost 8,000ft!

As you can see, you really can’t escape Mount Teide on a holiday in Tenerife, but then why would you want to? With its great views, alluring black beaches and stunning wildlife, Teide will captivate you during your visit.

A Guide to Madrid's Top Day Spas
Driving from Andratx to Valldemossa
Bagging a bargain with cheap package holidays
Be Sociable, Share!