Universal Studios is not only one of the most successful American movie studios, but the company also operates two ridiculously popular theme parks in the States. Most visitors to either the California or Florida Universal Studios locations come for the thrill rides that are based on some of Universal’s most successful movies such as E.T., King Kong, and Terminator 2. 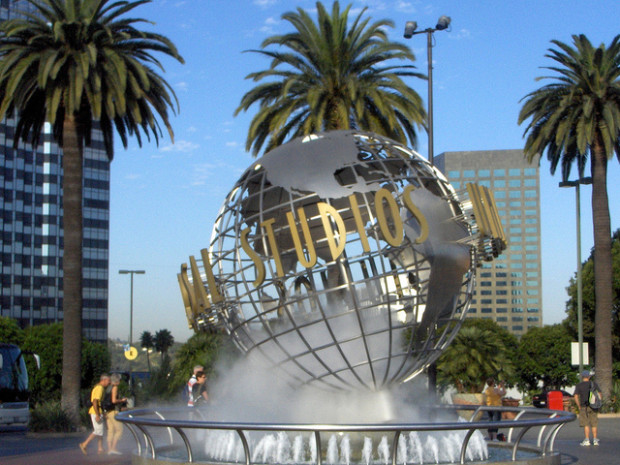 The Bourne series is one of the most popular film franchises of the 21st century so far. The Bourne movies were produced by Universal, are action flicks, and continue to be successful. This is a combination that should all but guarantee that at least one Universal park open some of sort of Bourne attraction.

The Bourne Identity contains an iconic car chase sequence through the streets of Paris. This scene could easily serve as the inspiration for a thrilling, motion simulator-type ride at a Universal park.

Universal Studios was able to capitalise on the superstar status of Eminem with their high-grossing 8 Mile biopic. Even though the film made Universal a fortune in worldwide box office sales, it is understandable why there have not been any 8 Mile attractions at a Universal park yet: the gritty, down-to-earth drama does not exactly lend itself to theme park-like excitement. However, with karaoke continuing to rise in popularity, a challenge to successfully rap the lyrics of a song like ‘Lose Yourself’ in time with the music could prove to be a fun diversion for Eminem fans.

Love it or hate it, National Lampoon’s Animal House launched an entire genre, and it is one of Universal’s most profitable movies to date. However, the raunchy movie has not yet been the basis of any attractions at the mostly family-friendly Universal Studios parks. However, a detailed recreation of an  early-1960s fraternity house, accompanied by period soundtrack including the Isley Brothers’ ‘Shout’, is likely to attract not only fans of the movie but also older patrons looking to experience a bit of nostalgia, as well as younger theme park-goers interested in a time period they never had the chance to observe for themselves.

Ben Carter makes a point of going travelling at least 4 times a year and has so far covered 46 different countries. Taking his family with him gives him an amusing insight into travel in every situation.

Seven Reasons to Visit Ottawa This Winter
So You’re in LA for Just One Day…
Modeling in Tokyo Yo!
Posted in Inspiration, USA and tagged with Family, Florida, Funny, Orlando, Universal Studios, USA. RSS 2.0 feed.