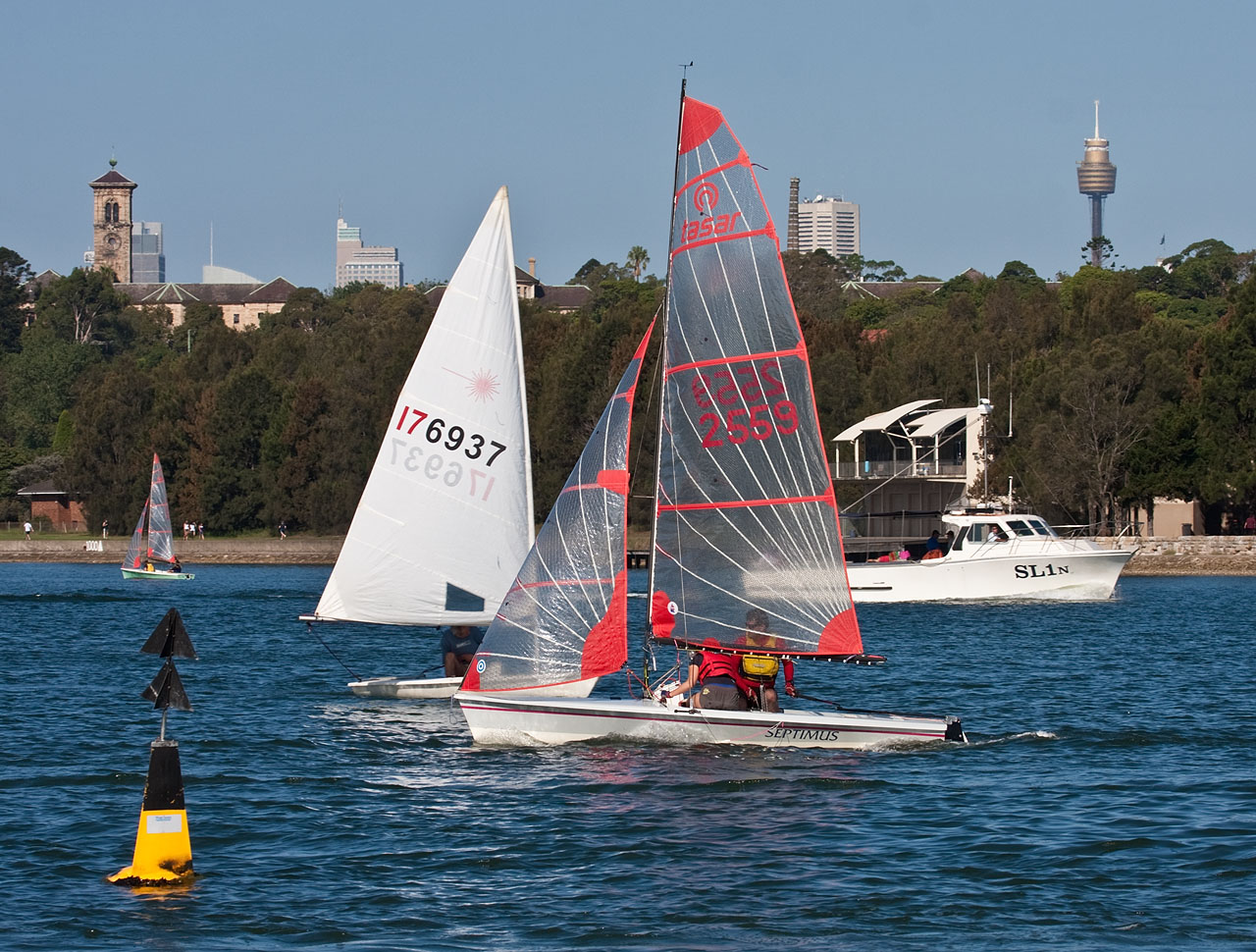 For those who have just moved to the harbor city of Australia from colder climates in Europe or North America, you might believe that sailing on waters here is an activity pursued during the short months of summer, with some cruising possible during pleasant days during the spring or fall.

However, the weather in the vicinity of Australia’s largest metropolitan area remains pleasant even throughout the Southern Hemisphere winter, with daytime highs averaging 16 degrees Celsius during the coolest months. Additionally, inclement weather begins to dissipate in the Sydney area from July (analogous to January in the Northern Hemisphere) when the wind shifts to the west and rainfall drops measurably compared to the summer months.

Due to winter being such a good time for sailing in Australia, there is no need for dry boat storage. Your boat can stay on the water all year round.

All that remains is learning the basics of piloting your craft on the water, and knowing where to go to have a splendid afternoon enjoying winter sailing in Sydney. Let’s get started…

Learning To Sail In Sydney

Many schools exist in the Sydney area that will teach you the know how you need to pilot a boat with skill, and to do so with a mindset of safety. By starting as crew aboard an existing boat, you will start gaining valuable hands-on experience right from day 1. After getting comfortable on the water in a controlled setting, set out to get licensed through the Maritime Department of the government of New South Wales, who will test you on every facet of your boat smarts, so study hard!

Choice Locations To Sail In The Sydney Area

Located within a three hour sail from the city, Lake Macquarie is the largest permanent salt water lake in the Southern Hemisphere, and is connected to the sea by a canal. Being a protected reserve for birds and Pulbah island in the southern end of the lake being fringed by tempting beaches, Lake Macquarie is an excellent choice for an afternoon of fun.

If you’re looking for something a little closer, Port Hacking is situated only 16 kilometers south of the city limits, and is the place where Sydney’s suburbs begin to dissolve into the countryside. The sailing centerpiece is an estuary that is essentially a drowned river valley, and with little in the way of upstream agriculture or industry to muddy the waters, the visibility here is very good underneath. Another highlight is the cliffs that occasionally ring the shoreline along the way, making a worthwhile first trip outside the city center.

And of course, the most classic place to sail is within Sydney Harbor itself. While you are likely to get well acquainted with Sydney’s highlight attractions shortly within your arrival here, these sights take on a new appeal when viewed from the water. Be sure to take special care to follow the rules of the sea when in Sydney Harbor, as you will be sharing the water with countless other boats, some of whom will be much, much bigger than you (cruise ships, tankers, etc)!

Life On The Water Is Grand … Come Join The Party!

While the mechanics surrounding sailing can be intimidating at first, don’t let this cowardly fear stop you. Countless Sydneysiders less capable than you are having the times of their lives all year round on Sydney’s waterways … if they can do it, so can you!

Top Tourist Attractions In Port Douglas
The Most Interesting Things to See in Perth
Top Things To Do In Hobart, Tasmania
Posted in Australia and tagged with Australia, sailing, Sydney, Weather. RSS 2.0 feed.