Ah, the big city – the sounds, the lights, and of course, the testaments to human ingenuity at their most phallic. Being surrounded by statuesque structures is one of the most appealing aspects of living in or visiting a big city. Of course its one thing for a building to be tall, it’s quite another for it to be among the tallest (though the latter category is more interesting.) So, without further ado, here are the top 5 tallest buildings in the world! 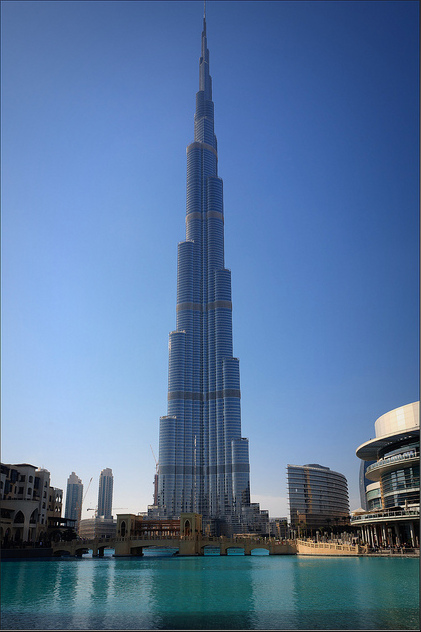 Burj Khalifa quickly earned its reputation for being the tallest man-made structure in the world – even before it opened for business. The skyscraper reached an amazing height of 2,722 ft by Jan. 17, 2009, nearly a full year before the official opening on Jan. 4, 2010. Burj Khalifa wiped out the reign of Poland’s 2,120 ft. Warsaw radio mast, which held the world record for 17 years (1974-1991.) The bottom 39 floors of the mixed-use building feature the chic Armani hotel. 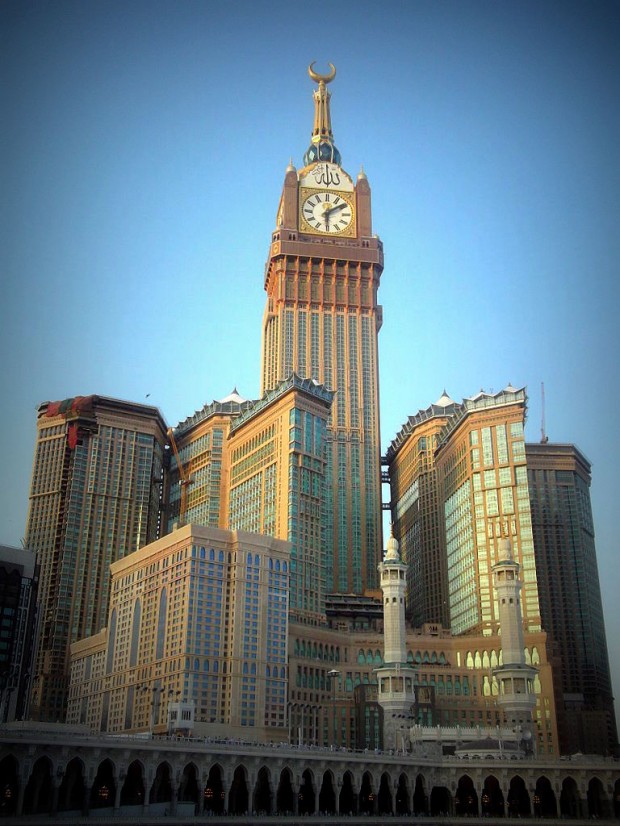 This astonishing architectural marvel features the world’s tallest clock tower and largest clock face, and the largest floor area of any other building in the world. The towers are adjacent to the Islamic sacred site, Masjid al Haram, which is currently recognized as the largest mosque in the world. The Abraj Al-Bait Towers stands at 1,972 ft and hosts a five star, luxury hotel and a 20 story shopping mall! 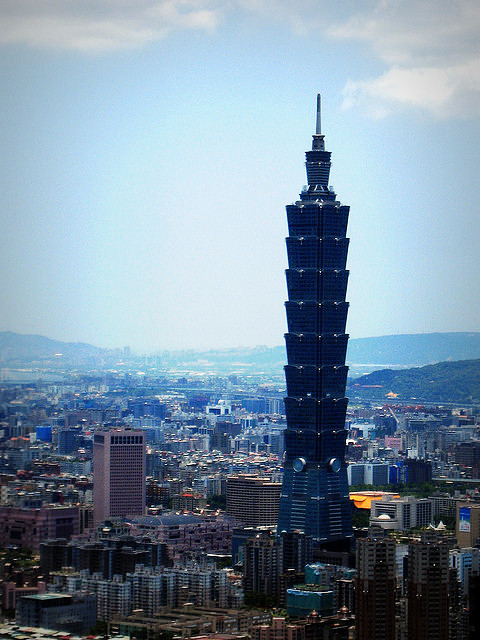 Prior to the opening of Burj Khalifa, the 1,669.9 ft Taipei 101 held the record for the world’s tallest building from 2004 – 2010. The building is exquisitely designed to epitomize modern style and technological progress while still paying homage to traditional Asian architecture. It features five floors below ground and 101 above ground. Particularly remarkable is the strength of the building, which was designed to be able to stand up against both massive earthquakes and strong typhoon winds. 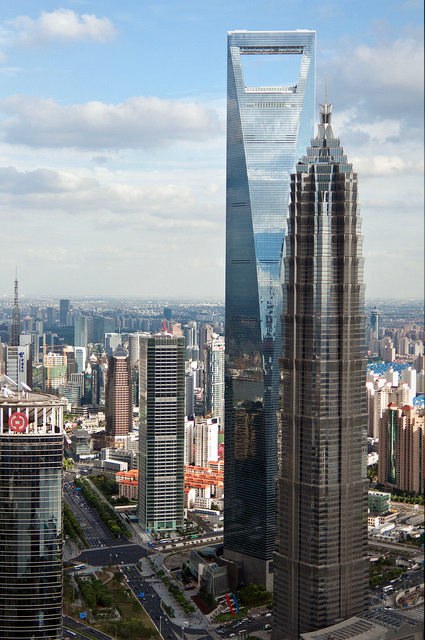 Named 2008’s best skyscraper, the 1,614.2 ft Shanghai World Financial Center (SWFC) features a bottle-opener like design that has been described as “nothing short of genius.” SWFC consists of several malls and hotels, including Park Hyatt Shanghai – the world’s second highest hotel.

Currently under construction are two other towers, Shanghai Tower and Jin Mao Tower, which when completed will form an epic triumvirate – the first group of three ultra-high skyscrapers 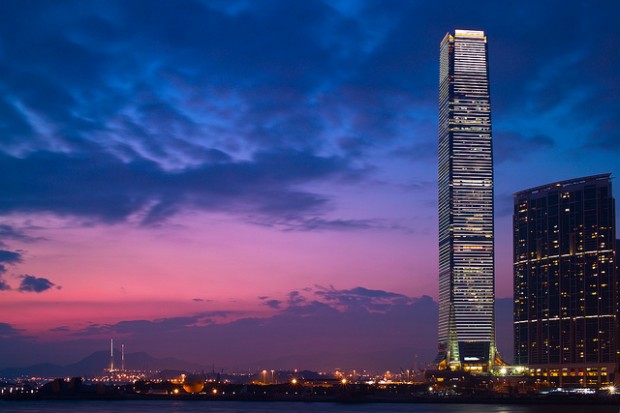 The fifth tallest skyscraper on the list measures 118 stories and 1,588 ft tall. Floors 102 to 118 house the incredible Ritz-Carlton, Hong Kong, a five-star hotel partly known for offering visitors a chance to dip into the highest pool and bar in the world, OZONE, located on the top floor. Just beneath OZONE is the hotel’s lavish, 30,000 sq. ft Presidential Suite, where one night will set you back 100,000 Hong Kong Dollars, or just under $13,000!

A Guide to Madrid's Top Day Spas
Separating Travel Funds from Regular Funds
Just What Does New Zealand Have To Offer Tourists This Year?
Be Sociable, Share!