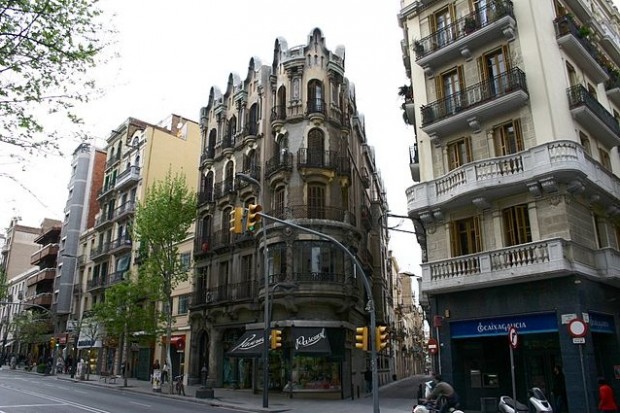 When I studied abroad in Barcelona back in 2007, it was my first real experience living on my own (lets be real, sharing a dorm room  on campus with another awkward freshman goon doesn’t count). I had decided to study abroad earlier than most kids (sophomore year) along with one of my friends, Pranay.

We thought it would be cool to venture to the same destination to study, so after a little back and forth, we both agreed that Spain and Barcelona in particular would be an amazing place to go. Once we handled a  bunch of paperwork, locked down Spanish Student Visas, and got things straight with our home university, we were ready to plan the next part of living abroad, where to live.

Although 2007 was only four years ago, there were barely any smart phones in people’s hands (well one in mine at least), sayings like, “there’s an app for that” or a well developed internet infrastructure for accommodation websites and resources abroad (local businesses were definitely not on Google Maps in Barcelona yet either). So I was left with the question, how do I find where to stay in Barcelona?

After searching around for days online, I finally found a placed Called Melon District which was basically a nice hostel that had student housing. I had to choose somewhere site unseen, and basically Melon District was the only place that got back to me quickly and in good enough English that I could successfully lock up a room. After sharing a dorm as wide as two twin beds with an evangelical Christian at the University of Miami, I was ready to have my own space, so I opted to pay a bit more for more own room, well worth it.

Melon District ended up being a cool place to stay as there were a bunch of kids from all over the world living there (and there was always a party). My room was pretty small and weirdly modern to the point where I felt like I was living in an Ikea showroom, but, I had my own space, and could come and go as I pleased (accept they would try and charge me 20 Euro a night if I tried to bring a girl home with me!). 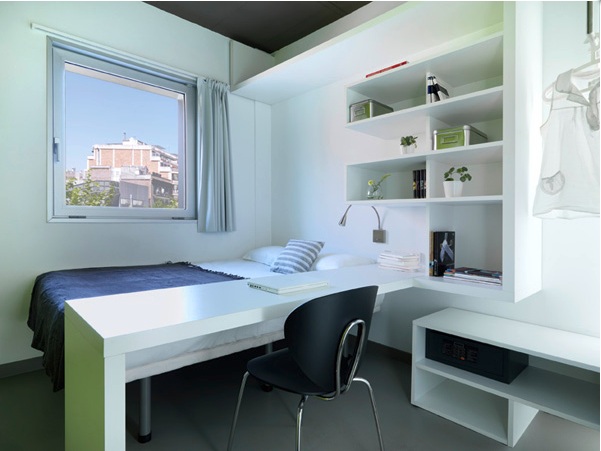 In retrospect, while having to sort out my living situation and life abroad was a pain in the ass a lot of the time, it was fun at the same time. I was on my own, left to my own devices, and had to rely on something we’re losing more and more of these days, human interaction. After just a few days of living in Barcelona, I began to get to know my neighbors at the local shops and on the streets (mostly the corner bar and adjacent coffee shop) and it was pretty invigorating. I was getting to live in a way that I had never experienced state side, one where I really felt like a part of my little neighborhood on Avenida Para Lel.

After a few weeks under my belt, I really got into the swing of things and began to learn the city layout and where things were located. I was taking classes at the amazing Hospital de Sant Pau, a modernist masterpiece (and UNESCO World Heritage Site). After school, I’d opt to walk home across the whole city back to my apartment instead of taking the subway just to not miss any architectural gems, quaint cafes to do my work or cool restaurants or bars I wanted to try out. I kept a small notebook and wrote down all the places I liked and where they were located, something that sounds pretty preposterous to do now a days with iPhones ever-present, where a snap of the camera phone or pin on a GPS-enabled map could do the same job in an instant. 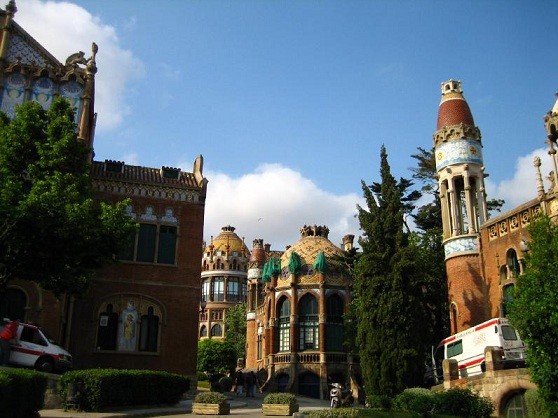 Hospital de Sant Pau where I went to school

For the remainder of my time in Barcelona, I became more and more in love with the city and everything it was about. It had a real soul unlike Miami, a true pulse that reverberated down the wide boulevards, streets and alleys. I liked the person I got to be there – one with my surroundings. It was a fantastic time in my life that I really keep close and hope to experience again soon in the near future.

Have you ever had a special connection with a city you’ve been? Which one and what about it made you feel that way?

The Best Beaches in Miami!
Four Reasons to Put Singapore on Your Travel Bucket List
Welcome to Top Spot Travel!
Be Sociable, Share!