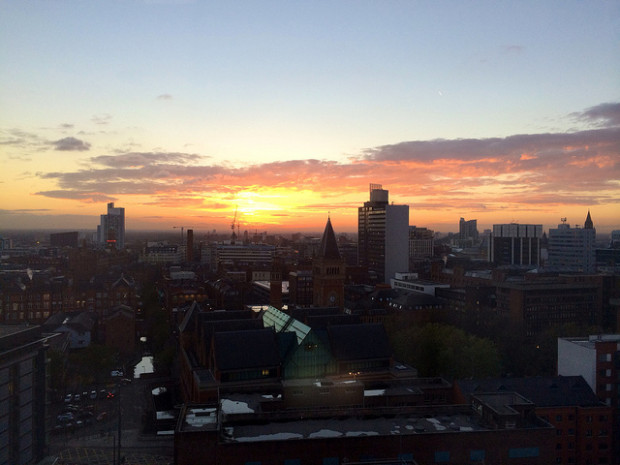 Everyone is familiar with the English capital London, it is Europe’s most visited city and attracts around 27 million tourists every year. Now there is nothing wrong with London but it is not the only city in the UK worth visiting.

Each city in Britain has its own culture and societal norms that drastically differ from one another. Manchester is the cool guy with a whiskey and a cigarette in comparison to London’s stiff aristocrat with champagne and a cigar, meaning it is the coolest city in the UK.

Sport plays a huge part in British culture and, at the minute, Manchester is the country’s hotbed of talent. Football wise they have two great clubs; Manchester United and Manchester City, United are one of the most valuable sports club in the planet and their 70,000 seater stadium is a coliseum. As for City, they are the favourites to win the league this year and like United are one of the best clubs in European football.

The city is also the home to Lancashire County Cricket club and teams from both rugby union and rugby league. Manchester is the sporting hub of England and a place that witnesses so much success it leaves bookmakers such as Betfair severely out of pocket.

MadChester was a music scene in Britain that developed in the late 1980s and early 1990s and left a mark in the music industry that is still present today. The Smiths, New Order, Joy Division, The Stone Roses, The Happy Mondays, The Mock Turtles and Oasis are just a drop in the Manchester musical pool.

MadChester transformed Manchester into the musical venue in the country, something that is still true today even if we are no longer blessed with the Hacienda nightclub. This rich history puts Manchester in a category similar to Motown and Detroit, and Country and Nashville.

Liverpool may have had the Beatles but Manchester have had nearly anyone else. If you are a music lover then you need to visit Manchester, it really is incomparable and it is simply phenomenal that a city with a population of half a million could give so much.

Matchstick men artist L.S. Lowry was a native of the city and his artwork is situated at the aptly named Lowry museum in the middle of town. The city also consists of a network of canals, a commonplace in most British cities, which has given rise to waterside bars and restaurants making it an idyllic place to chill out.

If you want to go shopping then the Trafford Centre will be right up your street. This palatial shopping complex, once the largest in Britain, has numerous shops and the largest food court in Europe.

Manchester has just as much culture and, to a certain degree, history, making is well worth a visit if you are planning on visiting Britain.