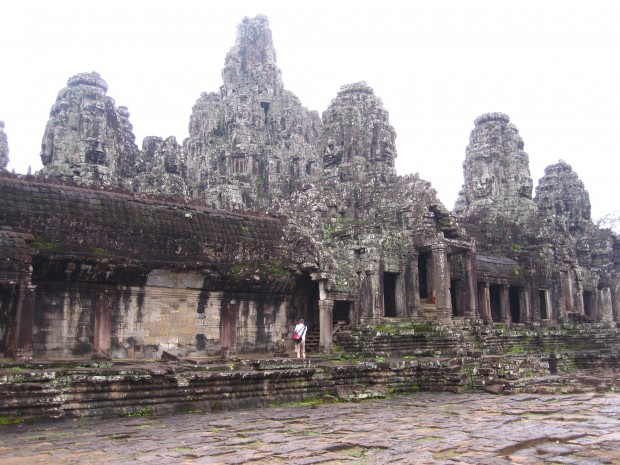 While visiting temples isn’t usually something I go out of my way to do these days (I’ve been dragged to more mediocre Mayan ruins by my mom than I can count), the amazing Angkor complex in Cambodia is one place that is worth a visit (UNESCO says the same). Ever since I had a charismatic Dutch professor in college, Jan Nijman (dude is a modern day Indiana Jones) who talked to us about the wonders and grandeur of Angkor Wat, I have ever since been intrigued.

Once the epicenter of the Khmer Empire, Angkor is a massive temple/civic complex that spans hundreds of square kilometers. It is an amalgamation of multiple Hindu temples (turned Buddhist) and city centers from different eras from the 9th to the 15th centuries, including the highly visited, Angkor Wat and Angkor Thom. While I only spent one actual day at the temples, normal people usually spend three or four days exploring via bicycle or riding in a tuk-tuk (motorcycle pulled carriage) which you can commission  with a driver for only $15 a day. 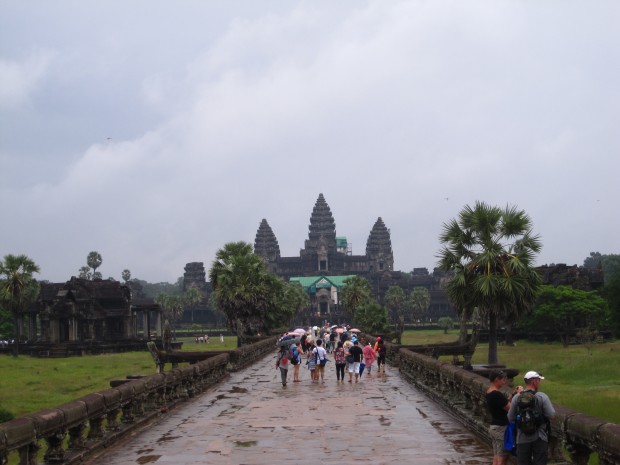 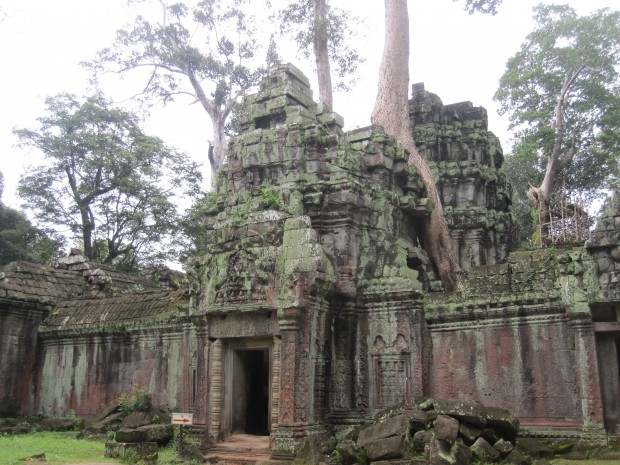 If you decide to visit the temples, you will most definitely either fly into, or be staying in, Siem Reap. Judging by my past experiences with small cities in the middle-of-nowhere Asia, I was expecting a ramshackle mess. This is not the case my friends. Siem Reap is one of the best Asian cities that I have ever visited. It was a miniscule village not so long ago, but when the French rediscovered the temples a little over a hundred years ago (they were overgrown and in ruins), they began to build up the provincial town into what it is today. There is still a pretty large French colonial center with nice architecture. 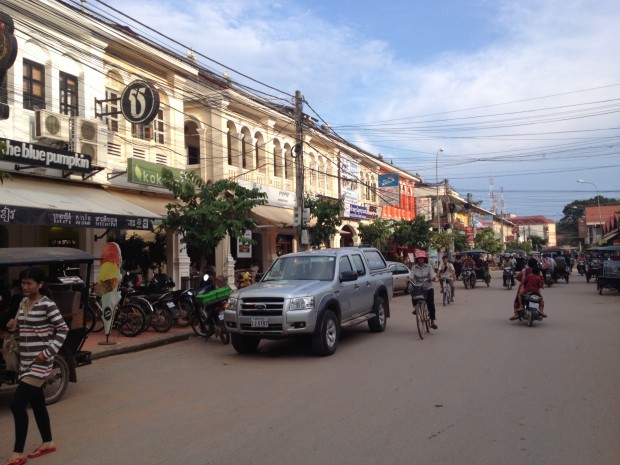 Siem Reap is not gridlocked with snarling traffic.The roads are more than adequate, and there are more hotels and cool hostels than you can count from 5 dollars a night for a bed in an air conditioned room to 5 star, luxury hotels that cost barely over a hundred bones per night. Siem Reap has to be the cheapest city I’ve ever been to! Expect to pay $25 to $30 a night for a 3 star hotel with a pool, breakfast and Wi-Fi (I stayed at The Kool Hotel), two to four dollars for a good restaurant meal, $1 for a Tuk-Tuk ride virtually anywhere in the city, and here it is, only 50 cents to 1 dollar for a beer at a nice ass bar!

Nightlife in Siem Reap is epic and you can shake your booty with backpackers along Pub Street (yea it’s actually called that and you can’ t miss it with the huge neon, street-spanning sign that says just that), enjoy drinks and live music at one of the many more relaxed cafes and wine bars surrounding the old market, or dance with local Cambodians at the weirdly modern and fun, Hip Hop club (they don’t play much hip hop though).

I am a little embarrassed to say that I didn’t even make it to the temples which are only about 15 minutes from Siem Reap for 3 days after arriving. I got sucked into partying every night, indulging in $4, hour long massages and eating delicious foods that left me belly up in the pool digesting for hours. In conclusion, there are plenty of things to see and do in Siem Reap and with the addition of the Angkor temples, you could easily spend a week there and still not be ready to go!

Click Here to check out a few more of my pics from Siem Reap and Angkor.

5 Luxury vacation destinations in Europe
Top 3 Countries for Street Food!
Will You Find Deals When it Involves Travel?
Be Sociable, Share!