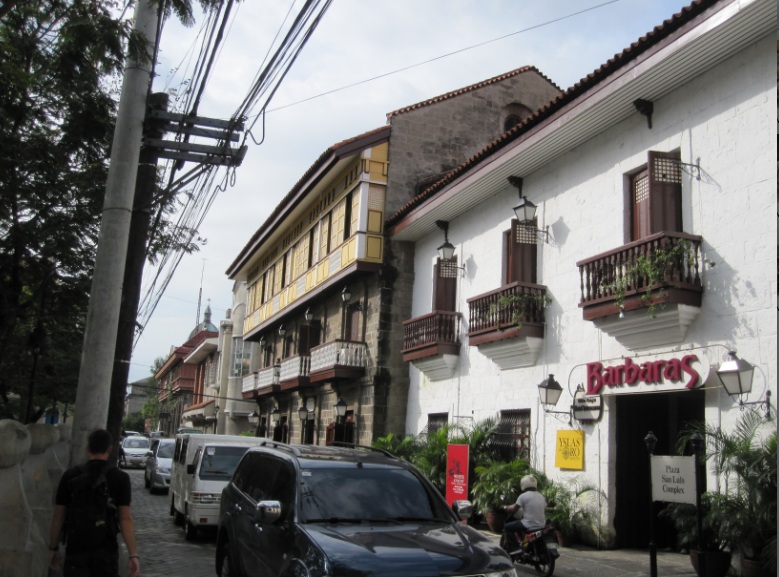 When it comes to Asia, century old catholic cathedrals, all signs written in English and Hispanic first and last names don’t usually come to mind, but then again, not many people have ever been to The Philippines.

Before setting out to this exotic country in South East Asia comprised of over 7,000 islands, I really didn’t know what to expect. I loosely knew that the Spanish, Chinese, Japanese, British and Americans had ruled some parts at some times, but I really didn’t do to much research before hand to increase that wow factor. (probably not the best idea when traveling to Asia!)

When I first got into Manila, I was utterly shocked how westernized everything was with more KFCs, Starbucks and American retailers than I could have ever predicted. Every sign is in fluent English (not even in Tagalog, the other official language of The Philippines). People were speaking English perfectly as well, and a creole known as taglish which mixes words and sentences from both languages. Another interesting thing about Tagalog is there is a high percentage of words that come from Spanish. They even count and tell time in Spanish!

But probably the most interesting part of The Philippines was learning more about the 333 year Spanish rule (1567 to 1898). Magellan was one of the first Europeans to lay eyes on the area way back in 1521 and worked his way around, befriending and besieging various islands and tribes.

There is a fortified, walled neighborhood in Manila called Intramuros (latin for “inside the walls”) that was one of the original Spanish colonial settlements.  It looks more like a town in Mexico than the middle of Asia and was truly a cool place to visit and is a much more relaxed area than the bustling neighborhood of Malate which it borders. There are various colonial towns and old cities in The Philippines, but Intramuros is one of the most visited as it is within Metro Manila. 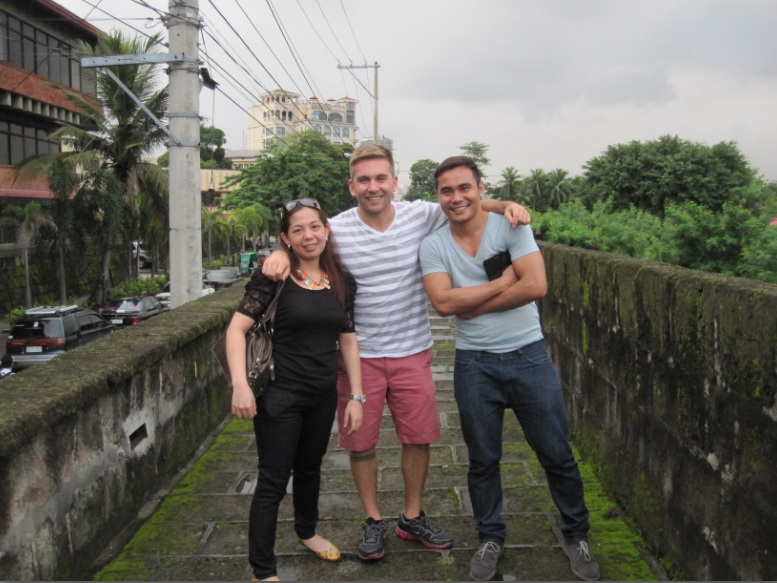 On top of the fortified wall with local friends. 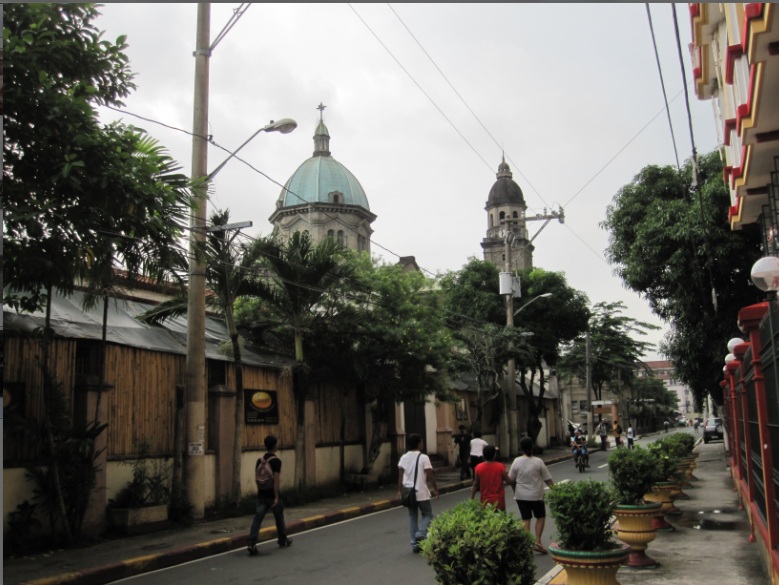 The buildings have been fixed up as the area was pretty much blown up in the Battle of Manila in 1945. The fortified walls which you can walk on top of that encircle the whole neighborhood.

When the Spanish came, they of course brought their favorite partner in crime, the church, and there are cathedrals in Intramuros that are over 400 years old! 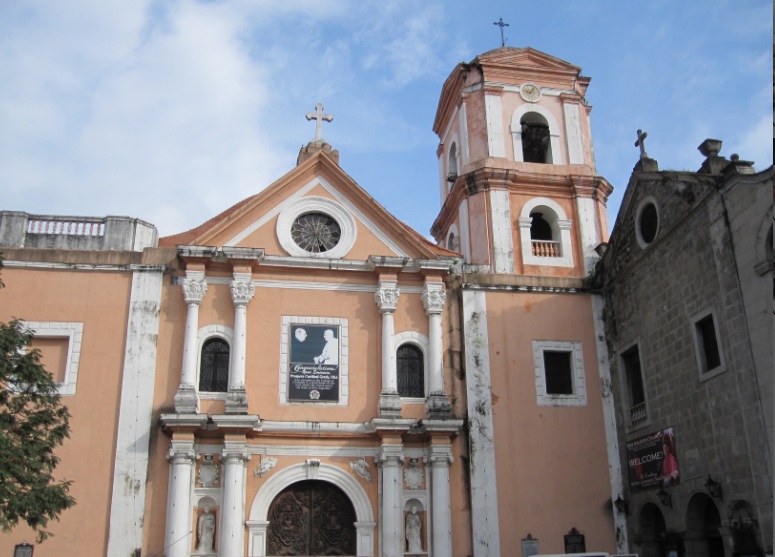 While I’m just starting my trip in The Philippines, I have been very impressed so far with how many things there are to see and do, and especially how warm and accommodating the people are. It’s really an amazing place that should be on any South East Asia itinerary.

Tourism Trends for Family-Friendly Travel
Why the hell would you go to Kansas City?
Travel Bliss in Prague
Be Sociable, Share!