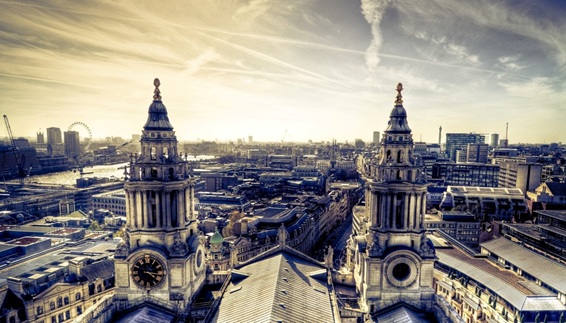 There are two places in the world where men can most effectively disappear ― the city of London and the South Seas. –Herman Melville

When you think about the intricate pattern around which the streets of London are woven, these wise words start to make perfect sense. The capital of Great Britain is notorious for its extremely narrow, winding streets which oddly enough have become a major attraction for tourists all over the world.

Travelers are simply in love with the congeries of alleys, roads, lanes and the charming ‘mews’ which conveniently conceal within their midst a variety of homes, pubs, restaurants, boutiques and some of the city’s last vestiges of community spirit. Although tourists come in search of something precise, they usually end up getting lost between the crooked alleys and the historically filled buildings. For those who have been there before it no secret that every house has its unique character and story.

With the Great Fire of London in 1666 came an incredible opportunity to remove some of the older buildings in order to rearrange the road system in a more precise grid. We cannot deny the preoccupation given to them, the streets were certainly widened even if it seems hard to believe.  In the past the streets were so narrow that a hand-pushed cart could barely make it through. The government didn’t have time for a massive re-development and this is why the reconstruction of the urban tissue was superficially handled.

Although the streets seem pretty, they can be rather dangerous. The tight corners and dark alleys are the perfect places for thieves and burglars to hide and safety should not be taken lightly. As far as drivers are concerned the lanes are a nightmare to turn on, or park on, not to mention for delivery vans which have to supply the pubs. While they might not teach you how to drive down a 66 inch wide street in driving school, a little practice might do the trick. 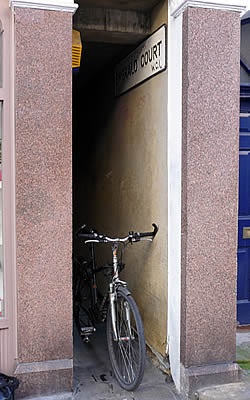 The most narrow street in London, Emerald Court (only 66 cm wide!)

Another interesting thing is that each alley has a unique name , and each name has its unique story to tell. Learning about the stories behind the tangled streets of London might actually be fun! Usually a street would take the name of a representative thing that happened on it, of an owner or historical figure. For example Pope’s Head Alley is named after a tavern which existed in the 15th century called “the Pope’s Head”. Yes, the 15th century, some of the alleys are that old!

While the streets of Paris are wide and majestic, the London alleys are very colourful and full of character. There are truly some spectacular streets like Piccadilly, Pall Mall, Downing Street, Baker Street and many other which can make for a very amusing experience.

This was a guest post from the writers of TravelVana.com

Modeling in Tokyo Yo!
Tourism Trends for Family-Friendly Travel
International Car Rental Tips That Will Save You Money and a Whole Lot of Stress!
Be Sociable, Share!